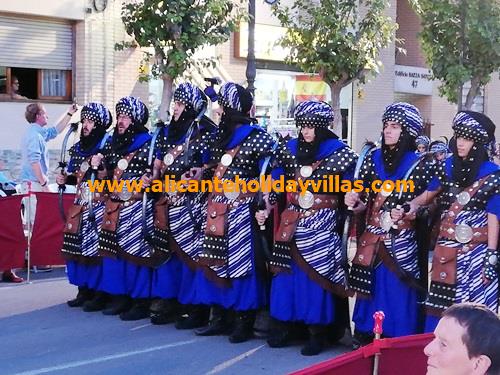 As in all Spanish towns and cities, Moors And Christians festivals are celebrated according to popular tradition, and commemorate the battles, combats and fights between the Moors (Muslims) and the Christians during the period known as La Reconquista (8C to 15C) when the Moors ruled Spain. 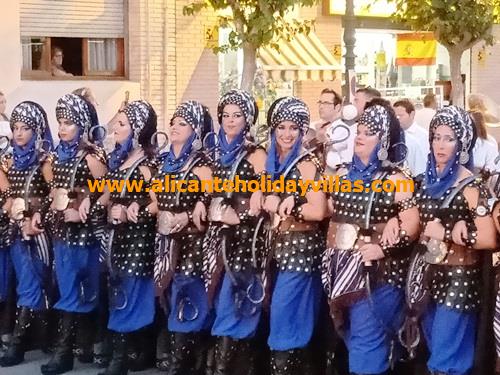 Our local Moors And Christians Fiesta for Gran Alacant, is held in Santa Pola and is always in the first week of September. Be sure to go if you are staying with Alicante Holiday Villas during that time! 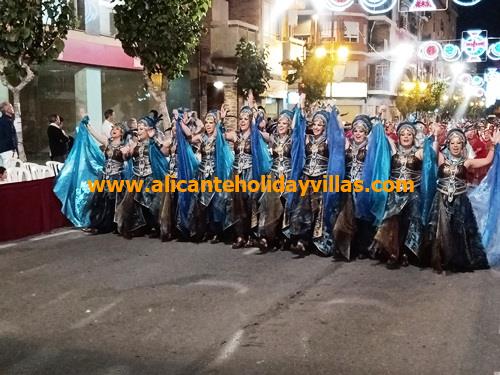 These fantastic festivals last for up to a week and represent the capture of Santa Pola by the Moors and the subsequent Christian re-conquest. The townsfolk that take part in the festival usually join the filaes or comparsas (representing the Moor or Christian legions), and for up to a week, they parade the towns with mock battles. 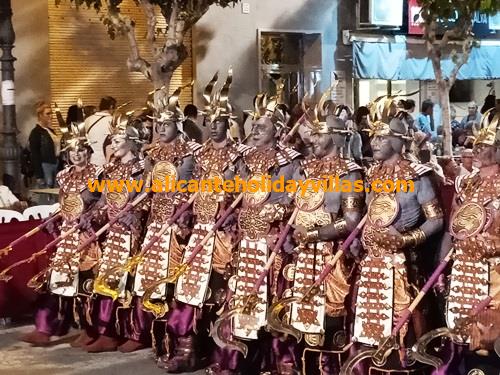 The elaborate costumes are loosely inspired by the fashion of the time such as the Christians wear fur, metallic helmets and armour and ride horses. In complete contrast, the Moors wear ancient Arab costumes and ride camels or elephants. As you would expect there is plenty of gunpowder, music and, of course fireworks, and the fiesta ends with the Christians winning a simulated battle around a castle, usually in the Town Hall Square. 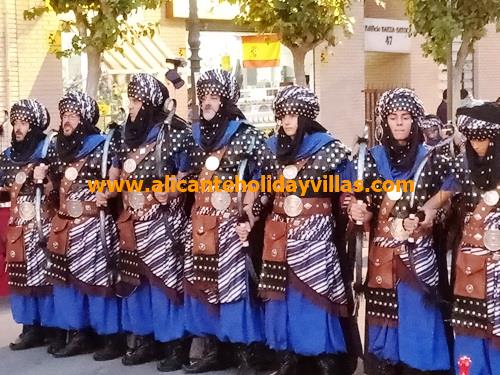 In addition, there are many more festivities throughout the week, such as the grand switching on of the Festival Lights through the streets of Santa Pola, the running of young bulls, musical processions, Mascletas (or firecrackers) by the Castle in Santa Pola, mock battles, street parties, rowing and sailing regattas, competitions, loads of activities for the children of Santa Pola, colourful parades with elaborate floats, floral offerings to the Virgin, solemn masses, and of course, the massive grand firework display on Levante beach to finish the festival! A fantastic week and one not to be missed if you are staying in one of Alicante Holiday Villas properties in Gran Alacant!