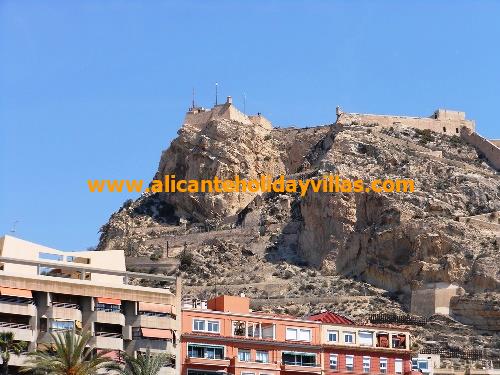 The origins of this imposing castle date back to the 9th Century at the time of Muslim control of the Iberian Peninsula. On 4th December 1248, the castle was captured by Castillan troops led by King Alfonso of Castile and was named after Saint Barbara as it was on her feast day that the castle was recaptured from the Muslims. In 1691 Santa Barbara castle was bombarded by a French squadron and during the War of Spanish Succession (1701-1714) it was held by the English for 3 years. From the 18th century onwards, the military role of Santa Barbara castle declined and it was used sometimes as a prison. Because of its chequered history, Santa Barbara castle is studded with archaeological remains from the Bronze Age, Iberian Age and Roman times. Until 1961, Santa Barbara castle remained abandoned, but in 1961 it was recognised as an Historical Artistic Monument and an Asset of Cultural Interest. 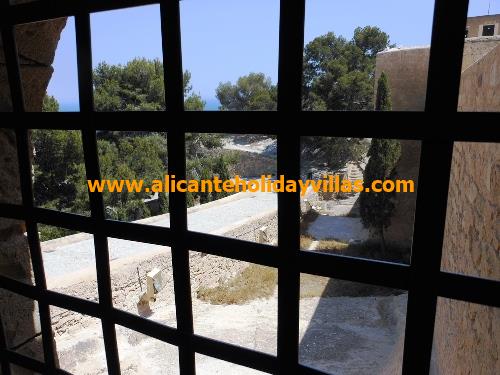 Santa Barbara Castle has everything you would expect to find in a castle with cannons, dungeon (where 50 prisoners were held during the Spanish Civil War), a palace, a moat, ruins of a church and the famous lookout tower with incredible views across to the Mediterranean and to Alicante city itself, it is a definite photo opportunity. Santa Barbara castle is free to visit and there are two ways to enter. You can either walk or drive up the road at the rear of the castle, or, the easier way, is via a lift which travels up through a tunnel carved out of the rock. If you choose to take the lift, there is a small charge (unless you are disabled or an EU senior citizen in which case it is free). The entrance to the lift for Santa Barbara castle is opposite the Postiguet beach area. There are also two outdoor cafe areas, where you can relax with a drink in the shade of the pine trees. The views you get from the castle are amazing - a complete 360 degree view of Alicante from across the sea and the bull ring and the mountains which surround Alicante. 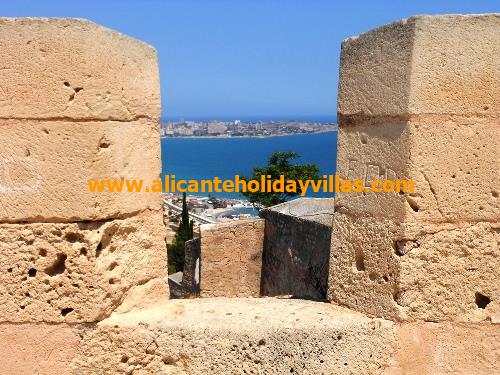 In July and August, Alicante Town Hall host a programme of Castle Evenings, where concerts are held in the courtyard of Santa Barbara Castle. Free to attend, they begin at 22.00 on Friday and Saturday evenings, and listening to music with the castles backdrop is a lovely experience.

The opening hours of Santa Barbara Castle in Alicante vary according to the time of year :