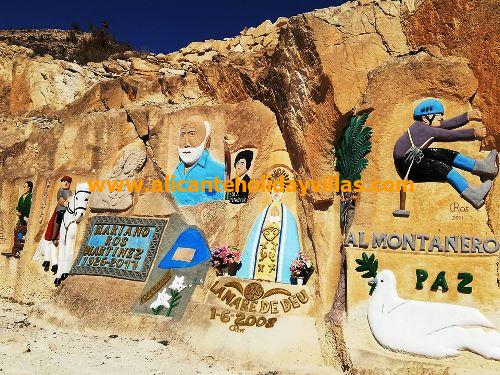 The fascinating El Cau (the burrow) is a sculptural set carved in an old quarry near Elche, in the countryside known as El Ferriol. The fragile sandstone, which centuries ago was used for the construction of different buildings in Elche, has served to sculpt and record numerous images and representative figures of the city of Elche, which has led to this interesting open-air museum that is well worth visiting. 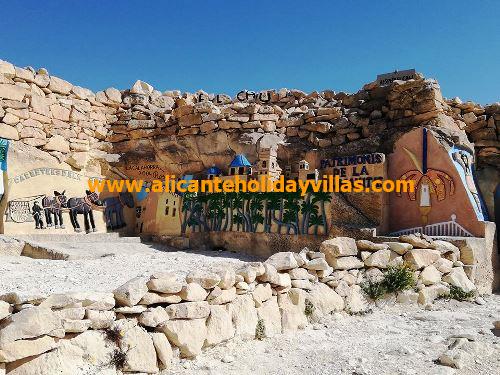 The creator of El Cau was a local Elche man called Mariano Ros, who died 24th April 2017 at 91 years of age. He began to sculpt when he retired and the first location of his work was in the Sierra del Castellar, next to the Elche reservoir and where there are remains of an ancient Islamic settlement. Due to different protection rules on the previous site, in 2000 Mariano Ros was urged to move his sculptures to its current location where, together with some colleagues, he continued making reliefs, sculptures and engravings until 2008. Since Mariano's death, El Cau continues to be looked after and cared for by those who value it, since not only is it made up of sculptures, it also has different plant species that are resistant to the  scarcity of water in the area and, among the different specimens you can find rosemary, sage and carob. Under his sculpture, a large box with the year of his birth (1926) and a free space that he left reserved for the date of his death remains indelible. 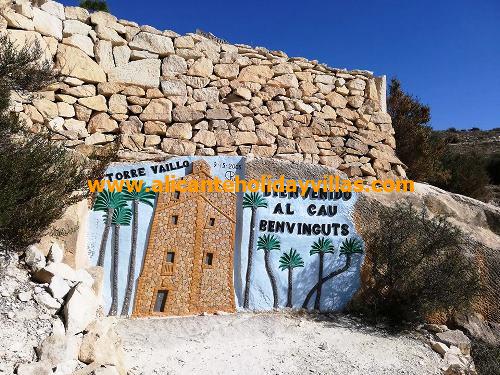 As for the sculptures, clearly embedded in the old quarry, they represent well-known images such as the Dama de Elche or the abundant Elche Palmeral (palm grove), as well as others such as the Basilica of Santa María, the ark that Coast Guard Francesc Cantó found on the beach, the musician Pepico Vaello, the ancient fountain of the Glorieta and the dam of the reservoir. If you also climb the small hill north of El Cau, you will also get an incredible view of Elche and much of the southern Costa Blanca and surrounding mountains, such as Puig Campana, Aitana, Sierra de Crevillent, Maigmó, etc. 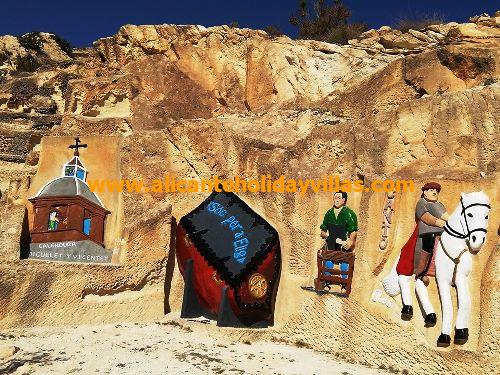 On the rocks, which belonged to the old quarry from where the stone was collected for the reconstruction of the Basilica of Santa Maria, are  most of his sculpture carvings. And so, corner by corner, for more than a decade, the sculptor of El Cau gave shape and color to a whole series of Elche symbols without forgetting the World Heritage Sites, such as El Palmeral and El Misteri. But in that tribute to Elche there are also reflected other monuments such as the Calendura tower, the Lady of Elche  and the Molí del Real. In his work, Ros also wanted to make reference to local footwear, local festivals and, especially, to hikers, mountaineers, cyclists, the Elche Club de Fútbol, â€‹â€‹etc. 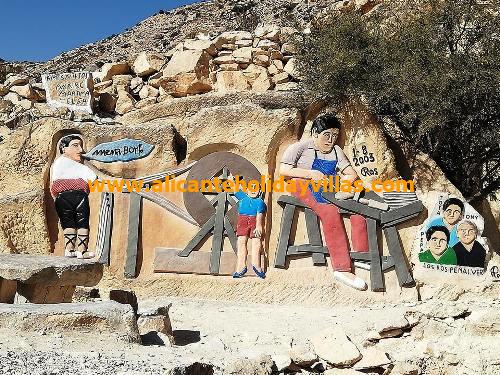 Mariano's passion for nature was indisputable throughout his life. And so Mariano laid the foundations of the Excursionist Union and founded a paleontology group in Elche with which he accompanied the young people of the city to make routes through the mountains in which he has now left his unforgettable mark.