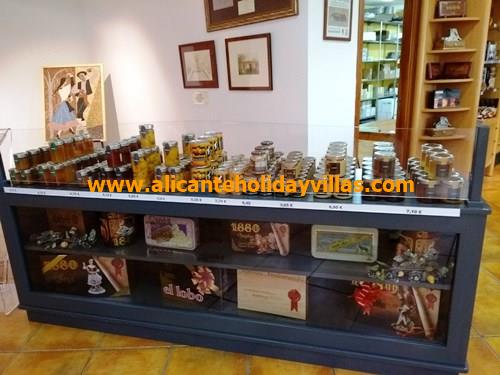 Another nice alternative to going to the beach is a day out to Jijona. Jijona (or Xixona in Valenciano) is a small town, with a population of approx 7,500 inhabitants, located in the mountains between Alicante and Alcoy and set on a hill, with remains of a medieval castle, giving incredible views of the Mediterranean. The drive from Alicante will take approx 30 minutes north west. 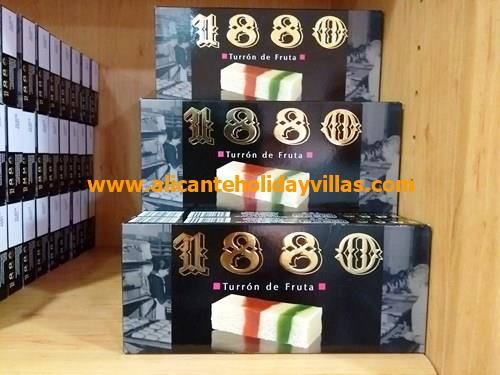 Nowadays, Jijona is most famous for Turron, a famous Spanish nougat made with almonds, orange blossom honey and sugar, which is traditionally eaten at Christmas. This is due to the extensive almond farming that has existed since Moorish farmers cultivated the almond trees following the Islamic conquest of the Iberian peninsula in the 8th Century. There are numerous roadside stalls where it is sold with pots of honey and even a Turron museum where you can see how it is produced.

The Turron Museum in Jijona is a private museum, owned by the family, dedicated to preserving the technological heritage that relates to the production of marzipan and turron, especially the famous El Lobo and 1880 brands of turron. The Turron museum offers visitors a guided tour around the work floor and private museum in several languages and not only are you shown the museum itself, but also the factory from a balcony area. You can then sample the delights of the many different varieties of Turron in the shop. Not a visit for those watching their weight! The Turron Museum in Jijona is usually open all year round.

Jijona is also a traditional Spanish town and a joy to walk around with many monuments, sculptures,chapels and cafes and restaurants to visit.